This HTRF kit enables the cell-based detection of phosphorylated TAU at Serine 404, as a marker of neurodegenerative diseases.

TAU hyperphosphorylation is also a marker for multiple neurodegenerative diseases and CNS disorders.

The Phospho-TAU (Ser404) assay measures TAU when phosphorylated at Ser404. Unlike Western Blot, the assay is entirely plate-based and does not require gels, electrophoresis, or transfer.

The Phospho-TAU (Ser404) assay uses 2 labeled antibodies: one with a donor fluorophore, and the other with an acceptor. The first antibody was selected for its specific binding to the phosphorylated motif on the protein, and the second for its ability to recognize the protein independently of its phosphorylation state. Protein phosphorylation enables an immune-complex formation involving both labeled antibodies, and which brings the donor fluorophore into close proximity to the acceptor, thereby generating a FRET signal. Its intensity is directly proportional to the concentration of phosphorylated protein present in the sample, and provides a means of assessing the protein’s phosphorylation state under a no-wash assay format.

The 2 plate protocol involves culturing cells in a 96-well plate before lysis, then transferring lysates to a 384-well low volume detection plate before the addition of Phospho-TAU (Ser404) HTRF detection reagents.

This protocol enables the cells' viability and confluence to be monitored.

Detection of Phosphorylated TAU (Ser202/Thr205) with HTRF reagents can be performed in a single plate used for culturing, stimulation, and lysis. No washing steps are required.

After culture medium removal, cells were lysed with 1.5mL of lysis buffer for 30min at RT under gentle shaking.

Soluble fractions were then collected after a 10 min centrifugation. 16 µL of soluble fraction were transferred into a 384-well sv white microplate, and 4 µL of the HTRF detection reagents were added.

The HTRF signal was recorded after an overnight incubation.

Alcaline phosphatase (25U) was added with the appropriate buffer, and removed 1 hour later. 16 µL of lysate were transferred into a 384-well sv white microplate, and 4 µL of the HTRF phospho-TAU (Ser404) detection reagents were added. The HTRF signal was recorded after an overnight incubation.

Human SH-SY5Y cells were grown in a T175 flask at 37 °C, 5% CO2 until 80% confluency. Cell culture medium was discarded and cells were lysed with 3 mL of supplemented lysis buffer for 30 min at room temperature. Soluble fractions were then collected after a 10 min centrifugation. Serial dilutions of the cell lysate were performed in the supplemented lysis buffer and 16 µL of each dilution were dispensed and analyzed side-by-side by Western Blot and by HTRF.

The HTRF cellular assays are at least 4-fold more sensitive than the Western Blot.

TAU displays a prominent role in the pathogenesis of Alzheimer's disease. It becomes hyperphosphorylated and aggregates, forming filaments, which can further condense into neurofibrillary tangles. TAU aggregates may propagate pathology by spreading from cell to cell in a prion-like manner. Drugs modulating TAU hyperphosphorylation and reducing TAU aggregation are viable therapeutic approaches.

The physiological role of TAU protein is to promote assembly and stability of microtubules. Six isoforms of TAU have been described, ranging from 352 to 441 residues coming from exons 2, 3 and 10, that are alternatively spliced. The longest isoform of TAU (TAU-441) contains 85 putative phosphorylation sites, half of which have been confirmed experimentally.

For researcher working on PD or AD - Application Notes 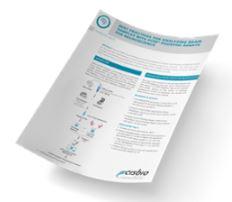 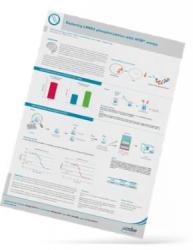 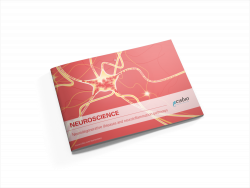 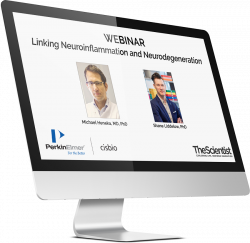