Phospho-Histone H3 (T3) assay enables the detection of T3 phosphorylation in the tails of Histone H3, a key regulator of gene expression and mitosis. Phosphorylation at Threonine 3, catalyzed by the kinase haspin and highly conserved among many species, leads to recruitment of Aurora kinase B (AURKB) and the chromosomal passenger complex (CPC) to kinetochores, to regulate mitosis.

Our distributors
The phospho-Histone H3 (T3) assay measures Histone H3 when phosphorylated at Thr3. Contrary to Western Blot, the assay is entirely plate-based and does not require gels, electrophoresis or transfer. The phospho-Histone H3 (T3) assay uses 2 labeled antibodies: one with a donor fluorophore, the other one with an acceptor. The first antibody is selected for its specific binding to the phosphorylated motif on the protein, the second for its ability to recognize the protein independent of its phosphorylation state. Protein phosphorylation enables an immune-complex formation involving both labeled antibodies and which brings the donor fluorophore into close proximity to the acceptor, thereby generating a FRET signal. Its intensity is directly proportional to the concentration of phosphorylated protein present in the sample, and provides a means of assessing the proteins phosphorylation state under a no-wash assay format.

The 2 plate protocol involves culturing cells in a 96-well plate before lysis then transferring lysates to a 384-well low volume detection plate before adding phospho-Histone H3 (Thr3) HTRF detection reagents. This protocol enables the cells' viability and confluence to be monitored.

Detection of Phosphorylated Histone H3 (Thr3) with HTRF reagents can be performed in a single plate used for culturing, stimulation and lysis. No washing steps are required. This HTS designed protocol enables miniaturization while maintaining robust HTRF quality.

Human cervical cancer HeLa cells were cultured until reaching 80% confluency. After treatment with Calyculin A, cells were lysed and soluble fractions collected after a 10 min centrifugation. Serial dilutions of the cell lysate were performed, dispensed and analyzed side-by-side by Western Blot and by HTRF. The HTRF phospho H3 (Thr3) assay is at least 16-fold more sensitive than Western Blot. 50,000 human cervical cancer HeLa cells or mouse fibroblast NIH-3T3 cells were plated in 96-well plates and incubated for 24h at 37 °C - 5% CO2. Cells were stimulated at 37°C for 30 min with increasing concentration of Calyculin-A. Medium was then removed and cells were lysed with 50µl of lysis buffer for 30min at RT under gentle shaking. 16 µL of lysate were transferred into a 384-well sv white microplate and 4 µL of the HTRF phospho-Histone H3 (Thr3) detection reagents were added. The HTRF signal was recorded after a 2h incubation time at room temperature.

There are four characterized residues within the H3 N-terminal tail that are phosphorylated during mitosis: Thr3, Ser10, Thr11, and Ser28. There is a precise spatio-temporal correlation between Thr3 phosphorylation and stages of mitosis: the phosphorylation starts at early prophase in the vicinity of the nuclear envelope, spreads to pericentromeric chromatin during prometaphase and is fully reversed by late anaphase. Phosphorylation at Thr3 is highly conserved among many species and is catalyzed by the kinase Haspin. Thr3 phosphorylation then provides a chromatin binding site for the recruitment of the chromosomal passenger complex (CPC) which consists of four proteins: Survivin which binds to H3, Aurora-B, INCEMP and Borealin. The Aurora kinase B then phosphorylates Haspin, which creates a signal amplification loop and contributes to CPC accumulation at centromeres to regulate mitosis and chromosome segregation.The dephosphorylation is catalyzed by the complex PP1-qamma/Repo-Ma. 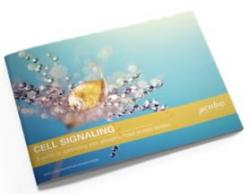 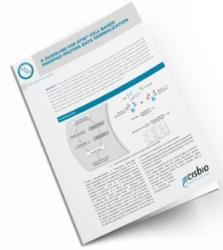 Assay kit for the detection of Phospho-p53 (Ser15)